Why I Won't be Joining the Huffington Post Blogger's Strike 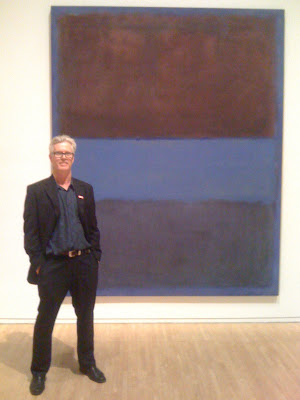 Now, if you have a lot of extra time on your hands, here is the long version.

On February 7th I opened my email box to find an email from Arianna Huffington, the first I have ever received from her. The email announced that the Huffington Post had been purchased by AOL (America Online) which Ms. Huffington felt was "very exciting news." She went on to say this about the important role played by bloggers for the Huffington Post:

"Central to all of this will be the kind of fresh, insightful, and influential takes on the issues of the day that you and the rest of our bloggers regularly deliver. Our bloggers have always been a very big part of HuffPost’s identity – and will continue to be a very big part of who we are."

As news of the merger spread, the issue of the HuffPost's reliance on unpaid bloggers heated up quickly: the $315 million dollar purchase price brought the subject of money to the forefront. I woke up on February 9th to read an opinion piece by Tim Rutten of the LA Times which opened with this caustic statement:

"To grasp the Huffington Post's business model, picture a galley rowed by slaves and commanded by pirates."

Rutten's commentary was blistering -- he characterized the merger as bad for journalism and for readers -- but he did say something I agreed with about the role of bloggers:

"The bulk of the site's content is provided by commentators, who work for nothing other than the opportunity to champion causes or ideas to which they're devoted."

For almost a year now I have been an unpaid blogger for the HuffingtonPost Arts section which opened in April of 2010. After reading Rutten's piece I spend the rest of the day wondering "Am I really a galley slave?" I took the insult pretty seriously.

I am very proud of my blogging and have never expected monetary compensation. What Rutten's view seemed to imply was that I and other bloggers had been "had." We were idealistic dupes who had played a subservient role in helping make a rich, crafty lady and her investors richer than before. My personal view, which Rutten challenged, was that after 10 years of writing about art I now had an audience and a platform.

At few weeks later, I became aware of the concerns and actions of Bill Lasarow, the publisher of visualartsource and ArtScene who declared a strike against the HuffingtonPost on February 26th.

When an LA Times Opinion blog, sympathetic to the strike, appeared on March 3rd, the galley slave comparison was recycled:

"One such galley slave has had it. Bill Lasarow, publisher of ArtScene and Visual Art Source, has formed a group and set out some demands."

Its is important to note the Mr. Lasarow is a publisher, and that he pays arts writers for content. He and his writers had initially agreed to provide free content to the Huffington Post Arts section, but the merger had led to a re-evaluation. Lasarow was now asking for a pay schedule and also that promotional material not be posted alongside editorial content.

After reading the piece, I reacted and left a comment:

"...blogging for free means that you write what you want the way you want without editors or advertisers exerting pressure, and without deadlines. One of the reasons that the Huffington Post is so dynamic is that it is a paradise for writers who are motivated by their passions and not by a paycheck."

Not long afterward I got my first email from Bill Lasarow. It was a "strike update" and it was followed a few days later by another email urging me to join the strike. It also contained a link to statement of support for the strike offered by the Newspaper Guild.

"The Newspaper Guild is calling on unpaid writers of the Huffington Post to withhold their work in support of a strike launched by Visual Art Source in response to the company's unfair labor practices. In addition, we are asking that our members and all supporters of fair and equitable compensation for journalists join us in shining a light on the unprofessional and unethical practices of this company."

After sending Bill Lasarow an email to let him know that I was going to think over the issues he raised I posted a link to the Newspaper Guild's statement on my Facebook profile and asked my friends point blank: should I join the strike?

More than a dozen people, all of them readers of my blog, responded. Not a single one gave me a simple unqualified "no." At least one called the situation a "tough call." I got a number of "yes" responses, even one "resounding YES." A painter whose work had recently appeared in my blog told me "Respect the line."

The characterization of what was happening as a "strike" was very compelling for many, even thought the picket line was virtual. One friend put it this way:

"Personally, I would never cross a picket line to work, nor would I patronize a business that has a picket line of striking workers. It's a matter of principle and upbringing."

"You must decide," urged one friend. "Follow your heart," said another. As the discussion gained momentum, there was a slight change in tone.

"But should everyone who has ever contributed to a crowd-sourced site be paid? The regular contributors of Wikipedia? People who live-tweet events? You knew from the get-go that this was a volunteer gig, and in exchange you found a wider audience with whom to share your passions."

I began to realize that the whole notion of a "strike" was problematic. If a person stopped providing free content for a website, was that a strike?

Free content is all over the internet: in some sense when you post your opinion or a photo on Facebook, that is free content that helps support a corporation. The web is changing things. A paradigm shift is taking place. Then a friend made this observation:

"It's a job action, a work stoppage, but you're not striking."

At that moment, something changed for me. What Bill Lasarow had proposed, and what the Newspaper Guild was supporting was not a strike. Think about it: can there be a strike when there are no contracts, no wages, and no fixed job duties at stake? He was asking that a contract and compensation be established, and that isn't quite the same thing.

It also began to strike me that calling the Huffington Post a "newspaper" was a bit off the mark. Yes, the Huffington Post calls itself "The Internet Newspaper" at at the heart of the HuffPost there is indeed a newspaper structure, with paid editors and reporters. But what makes the site so varied, dazzling, frustrating, wonderful and progressive is sea of blogs floating around the news content. The Huffington Post is a hybrid, and I don't know if there is a word yet that can describe just what it is.

In some ways, the Huffington Post is like Hyde Park in London. It is a piece of prime real estate with a "Speaker's Corner" where bloggers get to jump on a podium and speak their mind. The Huffington Post offers us a crowd, and the advertisers are virtual snack vendors gathering around the edges of it all. And yes, the property owner -- AOL/Huffington Post -- will be making some money as well.

By blogging for free, am I really taking away work that should be given to paid journalists? In general, I think I am not. My blogs often deal with topics that no art magazine editor or news editor would pay for. For example, can anyone point me to a newspaper that would have paid me for my blog "Selling Iowa's Pollock Mural: A Zen Buddhist Perspective." I doubt that the Huffington Post made much money on my last blog, on artist William Leavitt. It was shared on Facebook one time, tweeted four times, and received no comments.

Yes, some of my blogs are more conventional, but considering their quantity, and their willful quirkiness, I am lucky to have them published at all. I wonder what revenue the Huffington Post has earned on the ad revenue earned by all my blog posts over the past 10 months? Nate Silver of the New York Times ran some numbers in his article "The Economics of Blogging and The Huffington Post" and concluded that the median HuffPost blog post generates between 3 and 4 dollars in revenue.

That means that over the past 11 months my 41 blogs posts have theoretically earned between $123 and $164 for the site. If I were to claim half of that, my annual salary as a blogger would be about $75. Then again, I wonder how many of my blogs made the "median" and were read several hundred times?

Let's say that somehow, the "work stoppage" or whatever it is has an effect. If the Huffington Post does begin to pay bloggers will it keep all 9,000 of us? A successful "strike" might mean some tough business decisions would be needed on the part of the HuffPost.

I can envision a scenario in which a few hundred popular bloggers would become be retained, earn 10 bucks a blog and feel the pressure to produce lots of web traffic. The one arts blogger who I think they definitely keep would be Mat Gleason who got over 800 comments on his blog "The Ten Most Overrated Artists in Art History."

Paid bloggers would mean a whole new Huffington Post. Editors would need to urge bloggers to take on popular and/or controversial topics, and "non-performing" blogs -- like so many of mine -- would no longer make the grade. Or, another way they could go would be to post more and more bikini slideshows to subsidize the weaker blogs.

The more I thought through the issues, the more I realized that there was no need for me to join any "strike." Bill Lasarow is a publisher and a businessman, and I wish him success in finding the revenue he needs for his business model. His enemy isn't Arianna Huffington: it is the internet, which has changed everything about news, content and publishing. She and her investors figured out which way things are going, and made some brilliant moves ahead of the pack.

I blog out of passion, vanity, and a need to process and the need to keep my mind active. If I wasn't on Huffington Post I would still be posting articles on my personal blog, where my 12 "followers" would get notices of my new posts and 2 or 3 of them would click and read a few paragraphs.

I'm not a galley slave. I am a writer who cares about a topic, and who is standing on a soapbox in a crowd, hoping you have been listening, and that you share my passion.

If I truly needed to earn money writing, I would be working for a "content farm" creating the kinds of texts that companies put on their websites to bring in customers who are searching for certain topics. If you are a good typist, and you don't mind using phrases like "tile flooring" five times in every 500 word piece you write, you can earn minimum wage, or more.

By the way, AOL does own and operate a "content farm" where they solicit and pay for writing on pre-designated topics. Ironically, it is called "Seed.com," no connection to me though.